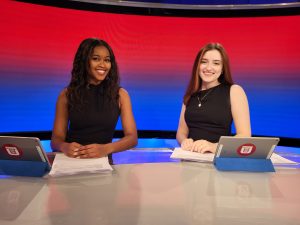 Temple Update student-reporters and crew will wrap up their Fall 2022 season on Thursday, December 1, with their final show of the year. Don’t miss the latest news, weather, and sports. Say farewell live Thursday, December 8, at 10:00 am and again at 6:00 pm on TUTV or templetv.net

The World At Temple Returns 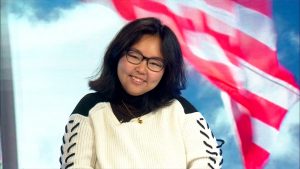 The World at Temple, hosted by Syncere Truitt, Rayma Abdallah, and Janelle Vuong kicks off its first episode this semester with guests Chisom Ojukwu and members of the Klein GO team. Chisom is a graduate student at Temple from Nigeria. Learn more about his unique experience as he answers questions from Rayma. Later, Janelle sits down with Jenna Modica and Hannah Braid from Klein GO to hear about global opportunities through their program. 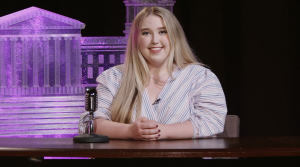 On this episode of Temple Tonight, say hello to a brand-new host! Madeline Gillespie leads the way for a brand new season of hilarity, hi-jinx, and good old-fashioned late-night fun. Madeline welcomes special guest and former Temple Tonight host Jay Thachet and gets some tips on sitting in the driver’s seat on Temple Tonight and more! Later, we get an interview and a special performance from the local band Cadalay.

Media Inside Out Goes To The U.K. 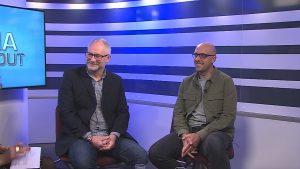 On this episode of Media Inside Out, we go to the U.K. Host Sherri Hope Culver sits with Children’s Content and Development professionals Andrew Tomlinson (BBC Television) and Jon Hancock. (Three Arrows Media LTD) Together they discuss trends in the children’s media industry, the roles of educational media, and how long before kids take over the Metaverse. 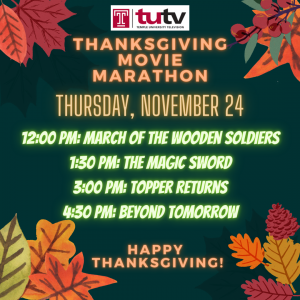 TUTV wishes all of our viewers a happy Thanksgiving and a wonderful Fall Break to Temple students!

In honor of the occasion, we will air a movie marathon beginning at 12:00 pm on Thanksgiving day, as well as holiday programs on Black Friday.  Enjoy classics such as Topper Returns, The Gefelte Fish Chronicles, and March of the Wooden Soldiers. See our full online schedule for more details. 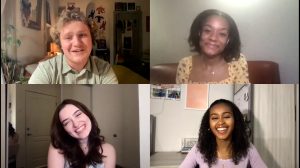 In this season finale of Temple Talk, hosts Maggie Fitzgerald, Alissa Clausell, Baker McNamara, and Alyssa Threadgill bring you all the latest pop culture news. Britney Spears’s pregnancy, Wendy William’s battle with COVID, and “the slap heard around the world” are only some of the topics delved into by the hosts. Later, Temple Talk’s correspondents take the show to campus and cover Keke Palmer and Jack Harlow’s visits to Temple.

Tune in to TUTV or templetv.net  Saturday, November 19, at 4:00 pm and Midnight for all your entertainment news needs.

“Before I Graduate” Is Back

The TUTV Before I Graduate Contest returns! Are you a senior set to graduate this December? Do you have a Temple University “bucket list”? Do you have a dream you would like to fulfill before you graduate?

Well, now is the time to let us know!
Until November 17, send us a Direct Message (DM) on Instagram or Twitter detailing your B.I.G. dream. If selected, we will make that dream into reality on TV.
You must be following us on social media and must be a graduating senior to qualify.
Your B.I.G. dream must be within reason and adhere to the Temple University Safety Guidelines.

Need some ideas? Here are some of the things past B.I.G. winners have done.

So what are you waiting for? Start dreaming B.I.G., and enter today! 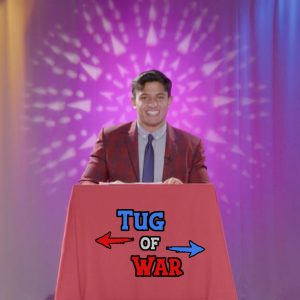 Kicking off the new season of Tug of War, contestants Mardi Gordon and Jeffrey Fountain face off in a series of games that challenge their wit, intellect, and knowledge. Host Ajay Patel lays out the game’s rules before the showdown begins. Rachel Bromberg spins the wheel to determine the category of questions that will put the contestants to the test. Watch the contestants race to answer trivia questions before their opponents and find out who is named the winner! 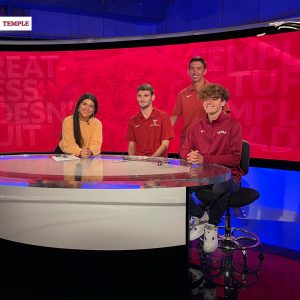 Temple Athletics takes a closer look at the many different sports played by Temple students through interviews with coaches and student-athletes. Ashleigh Dzomba and Olivia Benner lead the way with new guests every week this semester. From Women’s Soccer to Men’s Crew and everything in between, Temple Athletics reveals the behind-the-scenes secrets of Temple Athletics.

We Need To Talk Returns 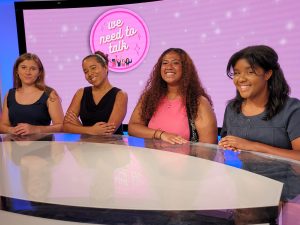 Welcome back to a new and improved season of We Need To Talk. On this episode, hosts Rachel Bromberg, Diana Garcia, Naya Ng, and Rachel Williams discuss all things fashion. From back-to-school Fits to weekend loungewear, these ladies hit the streets to find out what students on campus wear and why. 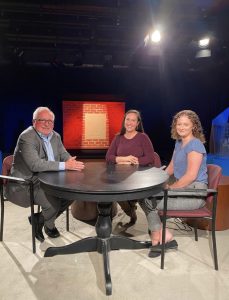 On this episode of TUTV Community Forum, host/Temple adjunct Steve Butler explores the impact of the Great Resignation on our region and on our students with Kristen Gallo of the Temple Career Center and Taylor Stenley of the Economy League of Great Philadelphia. 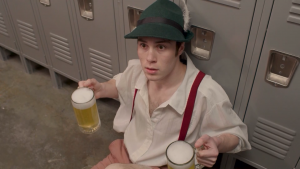 On this episode of Temple Smash, the crew returns to the studio after nearly two years! The hilarious skits featured include “The Parent Trap,” “Hat,” “Todd’s Journal,” “Dressed to the Nines,” “To Whom,” “Golden Shower,” “Grig Girls,” “Ba Dum, Tss!”, and more. So tune in and laugh along with the live audience!

Don’t miss the hilarity  Saturday, October 29, at 5:00 pm on TUTV or templetv.net. You can also watch it on Comcast Channel 50, Verizon FIOS Channel 45, and Campus Cable 103.

Temple Talk Is Back 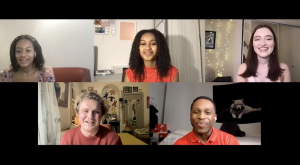 Temple Talk is back and better than ever. In this episode of Temple Talk, host Maggie Fitzgerald, Alissa Clausell, Baker McNamara, and Alyssa Threadgill bring you all the latest in entertainment news. The special guest is Documentarian Filmmaker Taylor Sylvester, who discusses their newest documentary, “Protect Black Women.”

Watch Temple Talk Saturday, October 15, at 4:00 pm & midnight on TUTV or templetv.net. You can also watch it on Comcast Channel 50, Verizon Channel 45, and Campus Cable 103.

Tug Of War Is All-New 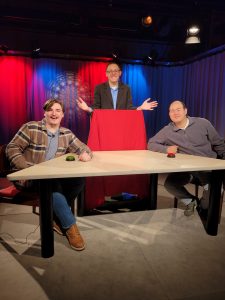 In this episode of Tug of War, host Matthew Box leads the way as two contestants- Aiden Dugan and Richard Youm, face off in a back-and-forth battle of intellect and other useless knowledge.  Watch the contestants race to answer trivia questions before their opponent and find out who is named the winner! 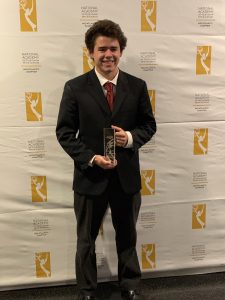 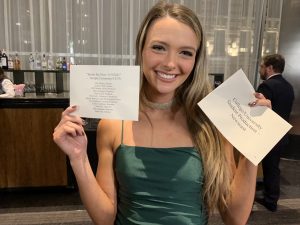 Congratulations to the entire team at  Inside The Nest:

You can watch an all-new episode LIVE every Tuesday at Noon on TUTV, Comcast Channel 50, Verizon FIOS Channel 45, and Campus Cable 103. You can watch past episodes anytime on Templetv.net.

High Flying Owls: Beyond The Future