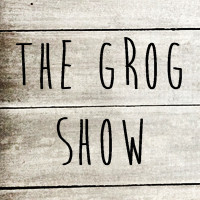 Created, acted, shot, and written by undergraduates Jake Rasmussen and Karl Weimar, The Grog Show is a half-hour comedy series centered on the misadventures of two college roommates. Best pals Jake and Karl suffer through living with creeps, impersonating John Travolta, getting and then losing their own cable TV show, and much more. Click here for more information.

Viewers are taken back in time for a look at the creators early work before the show, which served as inspiration for the actual show. Going as far back as Jake’s first musical musings at age six (including the compelling compositions “Ice is Cold” and “Big Fart”), the shorts are a mix of new and old content. For example, they provide contemporary commentary a la Mystery Science Theater 3000 alongside their early movies, including Zero Down, 12 to Go (2005) and 2009’s Admiral Awesome (a personal favorite, featuring Karl in the title role wearing an eyepatch and battling “ghouls” using two light sabers, among other things). Likewise, they perform word-for-word a screenplay they wrote in 2007 but never produced titled I.M., an exercise in exact enactment that quickly gets very silly.

Related from The Grog Show

Related clips from The Grog Show