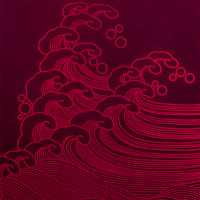 Paul, a foreigner living and working in Japan, tires of mundane office life and quits his job to apply for a new career at the MRA (Monster Removal Agency), an organization that hunts predatory monsters in Japan. After a brief interview with the MRA’s Tokyo chief, the mysterious Mr. Morimoto, Paul endures intense physical training to prepare for battle with his deadly foes. But when Paul’s girlfriend Naoka doesn’t take kindly to the news of Paul’s career change, he must begin his first mission wondering whether or not monster hunting is really the job for him.

All shooting was done on location in Tokyo in spring 2005, with post production wrapping in fall 2007. The film was awarded first prize at the Yubari International Student Film Festival in 2008.