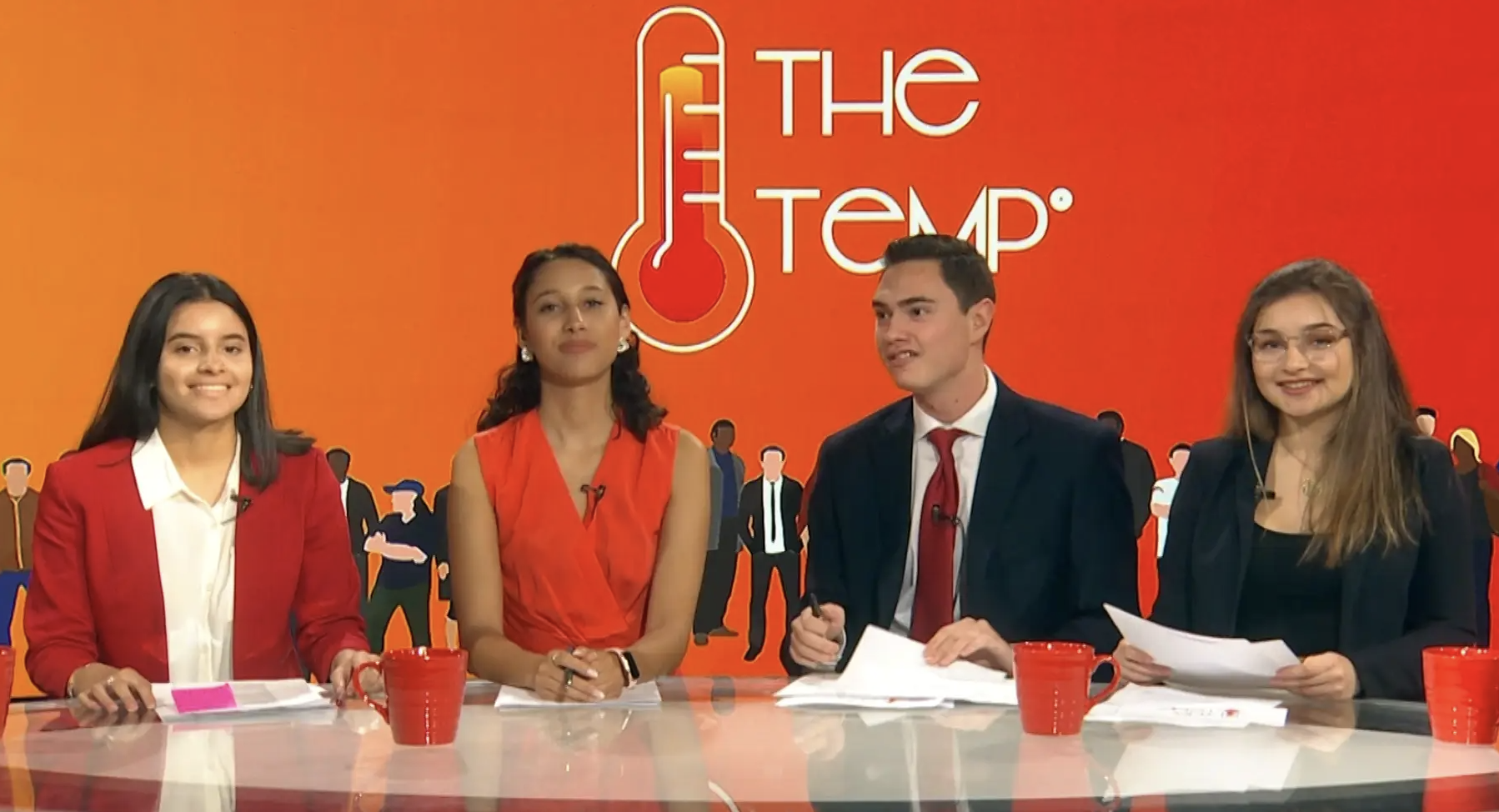 TUTV is excited to debut a new talk show to our lineup this week: The Temp is a political talk show aiming to educate audiences on hot-button issues and encourage people to share their stance on controversial topics.

In the pilot episode, hosts Matt Silverman and Mydia Alonso kick off the show with some local topics, including who’s running for City Council during the Philadelphia general election, before moving on to global news. Later, liberal analyst Kiara Marable and conservative analyst Matthew Distasio join the table to discuss Facebook’s role in politics, and in particular how this social network will affect the 2020 Presidential Election.