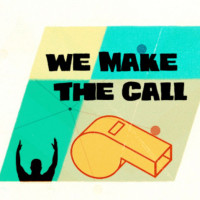 We Make The Call

It’s official: Bryce Harper has signed with the Phillies in a 13-year $330 million deal. To celebrate, this edition of We Make The Call has been dubbed “Bryce Makes The Call”. Adam Crognale, Tom Skulski, Hanwook Wan, and Jack Byrne talk about the Phillies’ historic deal with Harper, whether the Phillies will go after other star players, Temple Men’s Basketball’s win over Tulsa and loss to Memphis and what that means for their tournament hopes, the end of Temple Women’s Basketball’s hot streak with losses to UCF and Tulsa, and the 3 games the Sixers played this week––all without Joel Embiid––and how they pulled out wins over the Pelicans and the Thunder.

Related from We Make The Call