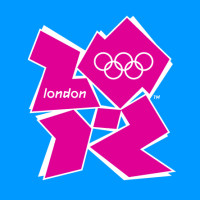 Welcome to TUTV’s coverage of the 30th Olympiad. Five students and one professor from Temple's School of Media and Communication travel to England to cover life in the city during the 2012 London Olympics.

The TUTV student news team brings home the excitement of life in London during the Games of the 30th Olympiad in a series of LIVE special programs. In this episode, TUTV adds up the dollars and cents of the Summer Games explores a controversy in the U.K. over something Americans didn’t see in the Opening Ceremonies and takes you on a fun tour of the Olympic Park that offers a smart vision of London’s future. Plus, our London team sends home a vacation album that’s really a music video.

A behind the scenes look at the Opening Ceremony: TUTV student reporter Hope Janelle Berninghousen has the latest on a heated debate in London that’s all about something American TV viewers didn’t get to see in coverage of the Olympic opening ceremonies. See video above.

What happens to London when the Olympics end? TUTV student reporter Isabel Garcia takes you on a fun and factual tour of Olympic Park, which explains how today’s Olympic venues will support a brighter future for the host city.

Some people post pictures on Twitter or shoot home videos when they travel abroad, but TUTV student reporter Jake Rasmussen breaks into song about his trip to London over a series of pictures highlighting his experiences so far.

Related from Temple @ the London Olympics