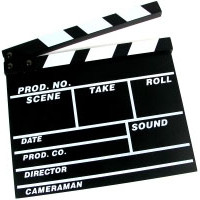 The Graduate Diamond Screen Film Festival has gained recognition for showcasing some of the best work by up-and-coming filmmakers in Temple University’s Film and Media Arts program. The festival offers short films made by FMA graduate students in the 2012-2013 academic year, including dramas, experimental pieces, and animations.

The films shown in this program are as follows:

The Art of Harmony – JD Sacharok