Germany’s international broadcaster: online, on-screen and over the air. It provides a European perspective to audiences around the world and promotes intercultural dialogue. Click here for more information.

Close Up: Brazil Before the Kick-off – A Country Divided 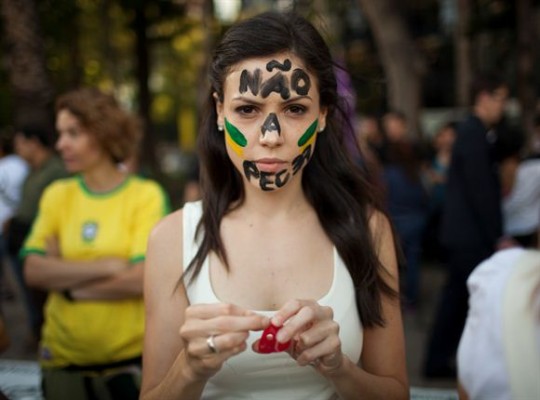 In recent decades, Brazil has transformed itself from a developing nation to become the world’s sixth-largest economy and has also made great strides in combatting poverty. The 2014 FIFA World Cup was to be a crowning testament to these achievements, but instead of euphoria and celebration, the World Cup has sparked a wave of protest. In summer 2013, millions of Brazilians took to the streets to demand hospitals and schools instead of an enormous and expensive sporting event. The protests have made it apparent: Brazil’s rapid economic development has come at a great cost to many people.