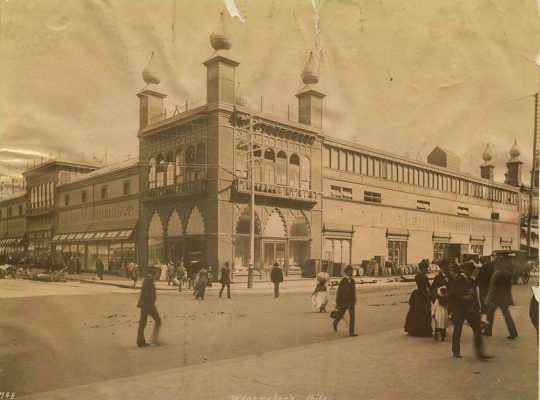 Philadelphia celebrates the Centennial of the USA with a spectacular World’s Fair in 1876. The merchant John Wanamaker captures the spirit of the times with his grand department store. He leads the effort to build a city within the city for the Fair, including the largest building in the world. As millions flock to the Centennial, it becomes a magnet for activists. Susan B. Anthony leads a group of women who disrupt the July 4th celebration at Independence Hall to advocate for women’s right to vote. Educator Caroline LeCount presses for the inclusion of Black Philadelphians in the planning process. The city bristles with ambition and aspiration, which manifest in the plans for a towering new City Hall. But as construction of City Hall drags on for decades, John Wanamaker worries that the soaring city he imagined will fall under the influence of a corrupt political machine.

The Benefit for PHL COVID-19